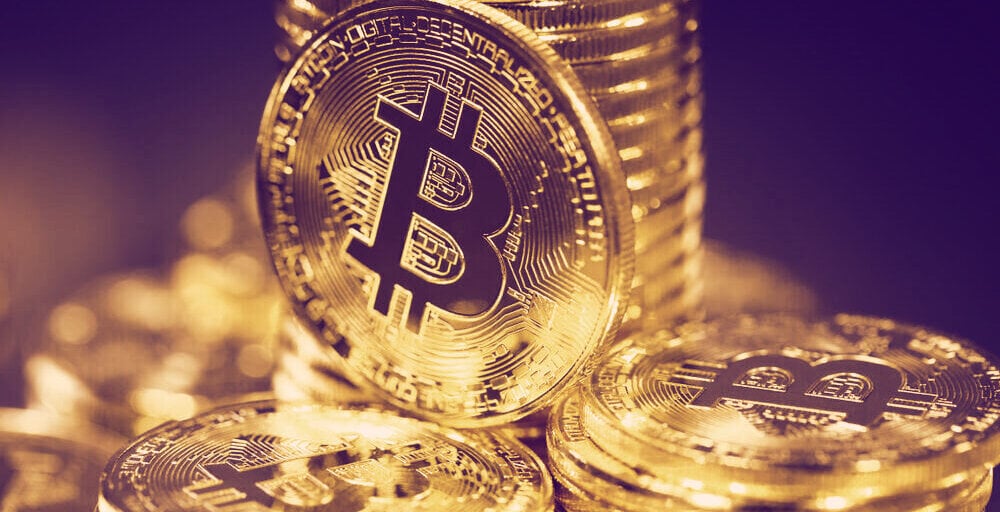 There are two key factors that affect Bitcoin’s price: supply and demand. And while the available supply has been shrinking, demand has been rapidly going up.

Institutional investors and companies like MicroStrategy have been plowing into the market, buying up huge quantities of Bitcoin—increasing the demand. At the same time, data shows that the amount of Bitcoin available on exchanges has been declining massively. And this is already affecting the market.

“Bitcoin is in a supply and liquidity crisis. This is extremely bullish! And highly underrated,” Glassnode CTO Schultze-Kraft tweeted on Monday, adding, “I believe we will see this significantly reflected in Bitcoin’s price in the upcoming months.”

This year, Bitcoin has risen from lows of $4,000 in March to reach new highs above $24,000 in the last week—a 500% rise. Here’s a closer look at the two factors that might be causing this momentum.

Bitcoin is having a supply crisis

While the total amount of Bitcoin is increasing over time as more is mined every day, the amount of available supply on exchanges (otherwise known as liquidity) has been declining. And this makes it harder—or more expensive—for new investors to buy Bitcoin.

According to Glassnode, the supply of Bitcoin held on exchanges has dropped 20% since January. It’s a trend that can be seen across all exchanges. The Bitcoin may have been sent  away to long-term storage, to custodian solutions, or for larger investment funds. But crucially, it means less available to trade.

In fact, less than 13% of all Bitcoin in existence is currently held on crypto exchanges and available to trade.

Glassnode also tracks the amount of Bitcoin that’s liquid (freely available to trade) as opposed to illiquid, where it’s held off exchanges and not available to buy. Here too, the amount of liquid Bitcoin has been declining, with just 12% of the total supply remaining as liquid.

“Illiquid entities spend less than 25% of the BTC they receive, acting as supply sinks in the network,” Schultze-Kraft said.

Just as Schultze-Kraft thinks the Bitcoin supply crisis won’t exclude regular or retail investors, nor does he think it will stop big institutional investors from buying more Bitcoin.

Firstly, almost a third of total Bitcoin isn’t in circulation. Nearly 15% of all Bitcoin is being held in “accumulation addresses” by people Schultze-Kraft describes as the “true HODLers.” Add that to the total of lost Bitcoin, which common estimates put to about 3 million, and that means approximately 30% of all Bitcoin isn’t really available.

More importantly however, is Bitcoin’s looming liquidity crisis. According to Schultze-Kraft, the supply of Bitcoin on exchanges has fallen by 20% since January. In other words, Bitcoin is increasingly being moved into long term storage and away from the exchanges themselves.

“Illiquid entities spend less than 25% of the BTC they receive, acting as supply sinks in the network,” Schultze-Kraft said.

But Schultze-Kraft told Decrypt that this supply crisis should not prevent regular investors from buying in.

“The supply crisis as I call it, will have an impact on price, but it doesn’t necessarily prevent retail investors or smaller investors from getting into the space,” Schultze-Kraft said.

His rationale is that retail investors looking to get into Bitcoin can still buy into the market without taking up much room.

“Yes the supply is finite, but you still have Bitcoin which is highly divisible. Even if it’s a retail investor wanting to get in, he can just buy in for one Satoshi or two Satoshis,” Schultze-Kraft said.

And, in turn, Bitcoin’s price could benefit. Schultze-Kraft told Decrypt he thinks that “in the end, it’s just a matter of the market. If there’s less supply, but demand is obviously growing, that has a clear impact on the price.”

Just as Schultze-Kraft thinks the Bitcoin supply crisis won’t exclude regular or retail investors, nor does he think it will stop big institutional investors from buying more Bitcoin.

All of these factors have combined to result in a growing demand for the cryptocurrency.

An increasing number of institutional investors embracing Bitcoin has increased demand for the cryptocurrency in 2020.

Notably, Grayscale’s Bitcoin holdings have been increasing at a higher rate than the rate Bitcoin gets mined (although some of this growth may be due to pre-existing investors moving their assets to Grayscale).

But Bitcoin’s buying volume truly kicked off when business intelligence firm MicroStrategy began investing in Bitcoin in August and September of this year. The company purchased $425 million worth of Bitcoin during this period, and since then, has made further purchases. It now has amassed over $1.6 billion worth of Bitcoin.

Since MicroStrategy entered the Bitcoin arena, many other companies have followed suit. This includes Square, which invested $50 million—or 1% of its total assets at the time—into Bitcoin in October.

In the same month, PayPal announced that it would launch buying and selling features for Bitcoin. Arguably this marked the most important factor in making Bitcoin more accessible, because it allowed Bitcoin to be used by PayPal’s US customers more easily than ever before.

Fast forward to today, and the total amount of Bitcoin purchased by publicly traded companies, private companies and ETF-like companies has reached approximately 1.1 million Bitcoin. This represents over $25 billion worth by today’s prices, and almost 5% of all Bitcoin in existence.

Accompanying these big decisions, Bitcoin has also benefited from a wealth of praise, coming from some of the world’s most famous names in traditional finance.

In May, founder of Tudor Investments Paul Tudor Jones said “the best profit-maximizing strategy is to own the fastest horse,” adding, “If I am forced to forecast, my bet is it will be Bitcoin.”

Blackrock CIO Rick Rieder said in November that Bitcoin is “here to stay,” and that it could surpass gold in the future.

But perhaps Scott Minerd, CIO of Guggenheim Global, made the most bullish Bitcoin headline of the year just two weeks ago, when he said, “Our fundamental work shows that Bitcoin should be worth about $400,000.”

All of these headlines have generated a sense of legitimacy that Bitcoin has not previously enjoyed.

Schultze-Kraft told Decrypt he thinks that “in the end, it’s just a matter of the market. If there’s less supply, but demand is obviously growing, that has a clear impact on the price.”

Although, of course, nobody knows for sure.